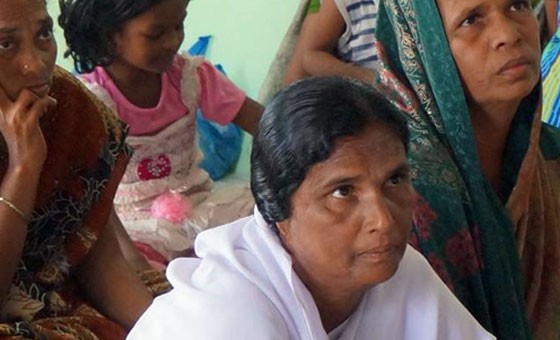 In response to this vision, in 2007 the board authorized the formation of a research committee to determine what Anabaptist Financial could do to assist Anabaptist believers in underdeveloped countries. Ken Burkholder and Merle Burkholder were appointed to this committee. Others who later served on the Open Hands Committee include Merle Herr, Raymond King, Richie Lauer, John Omar Lapp, Marvin Mast, John R. Sensenig, Tim Stoltzfus, and Lester Weiler.

The committee made a research trip to the Dominican Republic and interviewed staff of several microfinance organizations. As a result, the Anabaptist Financial board decided to launch a savings-led microfinance program in Haiti. This program was launched in October, 2009 as Open Hands, with Merle Burkholder as administrator. Lyndon Swarey was the first staff person, and has served in the Haiti program from the very first day.

Soon requests came from other missions to bring savings group programs to their areas. Open Hands expanded into India in 2011, Kenya in 2013, and Guatemala and Mexico in 2015. The staff team was expanded to include the Joe Kuepfer family in Kenya and Darin Hershberger in Haiti.

Open Hands has a mission-outreach emphasis to assist conservative Anabaptist churches and missions in underdeveloped countries to increase their mission influence by teaching about Christ-centered micro-enterprise and savings. Open Hands provides economic teaching and advisory support to both the saved and unsaved in a mission effort to use economic need to both grow people in Christ and bring people to Christ. This is a challenging work that involves reaching into the economic pain and suffering of the poor and lost. The board felt strained by the dual challenge of serving North American conservative Anabaptist communities with financial services while attempting as well to reach underdeveloped countries with economic, financial, and spiritual teaching and support.

We are grateful for the vision and encouragement that Anabaptist Financial gave in developing Open Hands from a visionary idea to a growing, flourishing ministry. We believe that Open Hands will continue to provide teaching and a helping hand up to thousands of families around the world. We continually hear stories of families that are able to feed their children more regularly, families that are sending more of their children to school, and families that are able to give more to their local church as a result of increasing their income by participating in a savings group. Pastors are reporting that church offerings have increased as a result of savings groups being formed among church members.

The new Open Hands board has a strong vision to see this type of ministry continue. We anticipate that the transition will be very smooth since all the new board members are either Anabaptist Financial board members or members of AF’s former Open Hands management committee. All of these men are already familiar with the work of Open Hands and feel a burden in their hearts for microfinance savings group ministry.

We are looking forward with anticipation to the opportunities that God will bring us in the days ahead. We are discussing with several additional mission organizations the possibility of a savings group program in locations where they have churches. We are confident that God will continue to open doors and provide the finances and prayer support that is needed to move ahead with new projects while we strengthen the existing programs.

Earlier this year, Open Hands moved the Joe Kuepfer family to Kenya, where we are now seeing good growth in the program. We are projecting that out of our base in Kenya we can reach into other East African countries in the next few years.

As Open Hands moves ahead under God’s direction, we look back with appreciation for the prayers and financial support from each of you who has been part of making Open Hands successful. We look forward to your continued participation in this important ministry.

One thought on “Open Hands Transitions to an Independent Organization”

Open Hands exists for the purpose of providing Christ-centered economic development opportunities for the poor. We operate savings and credit associations in countries where Anabaptist missions are working with people who are experiencing the effects of poverty.